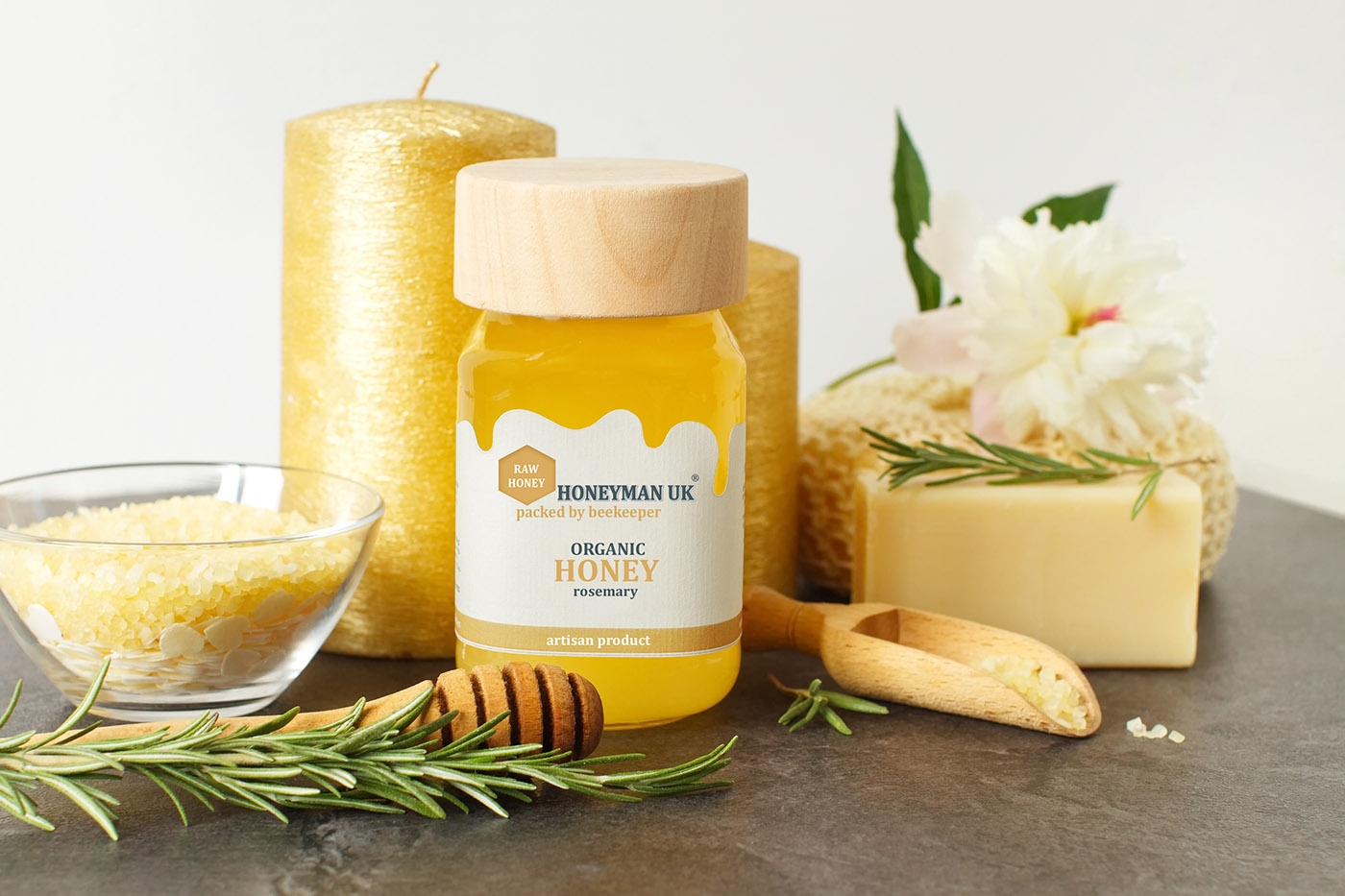 Rosemary, or by its Latin name “dew of the sea” was the basis of one of the most famous 17th-century face tonic: Queen of Hungary Water. An old legend says that an angel appeared before Queen Isabella of Hungary and gave her the recipe of a rosemary-based elixir. According to the legend, with this lotion the Queen maintained her health and beauty, even though she was 60 years old. Beyond the legend, historical sources include rosemary water as the first alcohol-based perfume invented in Europe, being used constantly until the French Revolution.

Rosemary honey with its persistent floral flavour, a slightly sweet taste at first and ending in fruit notes and a white-transparent colour, reminds you, with every tasty spoon, of the Mediterranean Sea breeze.