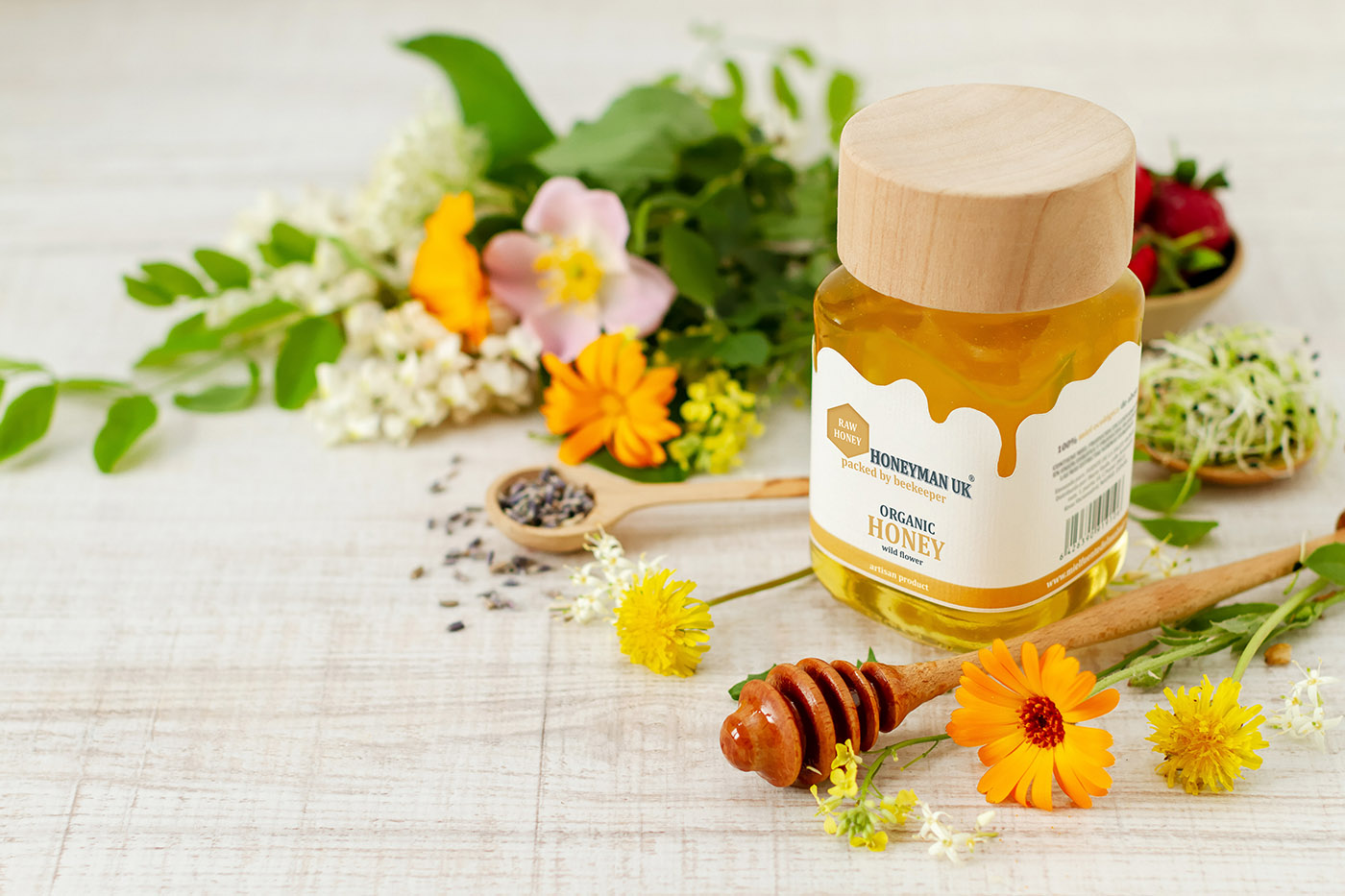 Charles Darwin called the appearance of flowers on Earth “an abominable mystery” because he could not explain how and when the initial plants which were without flowers (the so-called gymnosperms) started developing them. This “abominable mystery” is about to be unravelled, as scientists have discovered that the ancestors of the current flowers appeared 150-200 million years ago, following a duplication of the genome. Over time, they have turned into the dominant plant species, so far almost 300,000 being discovered.

Apitherapy physicians acknowledge the multi-flower honey as a “complete” honey because it is obtained from the nectar of several plant species, combining their therapeutic power. That is why raw multi-flower honey is richer in vitamins and minerals than single-flower honey. It has an aromatic and sweet persistent taste with slight variations depending on the flowers it comes from. The colour may range from light yellow to orange and brown, with amber ruby ​​reflections.