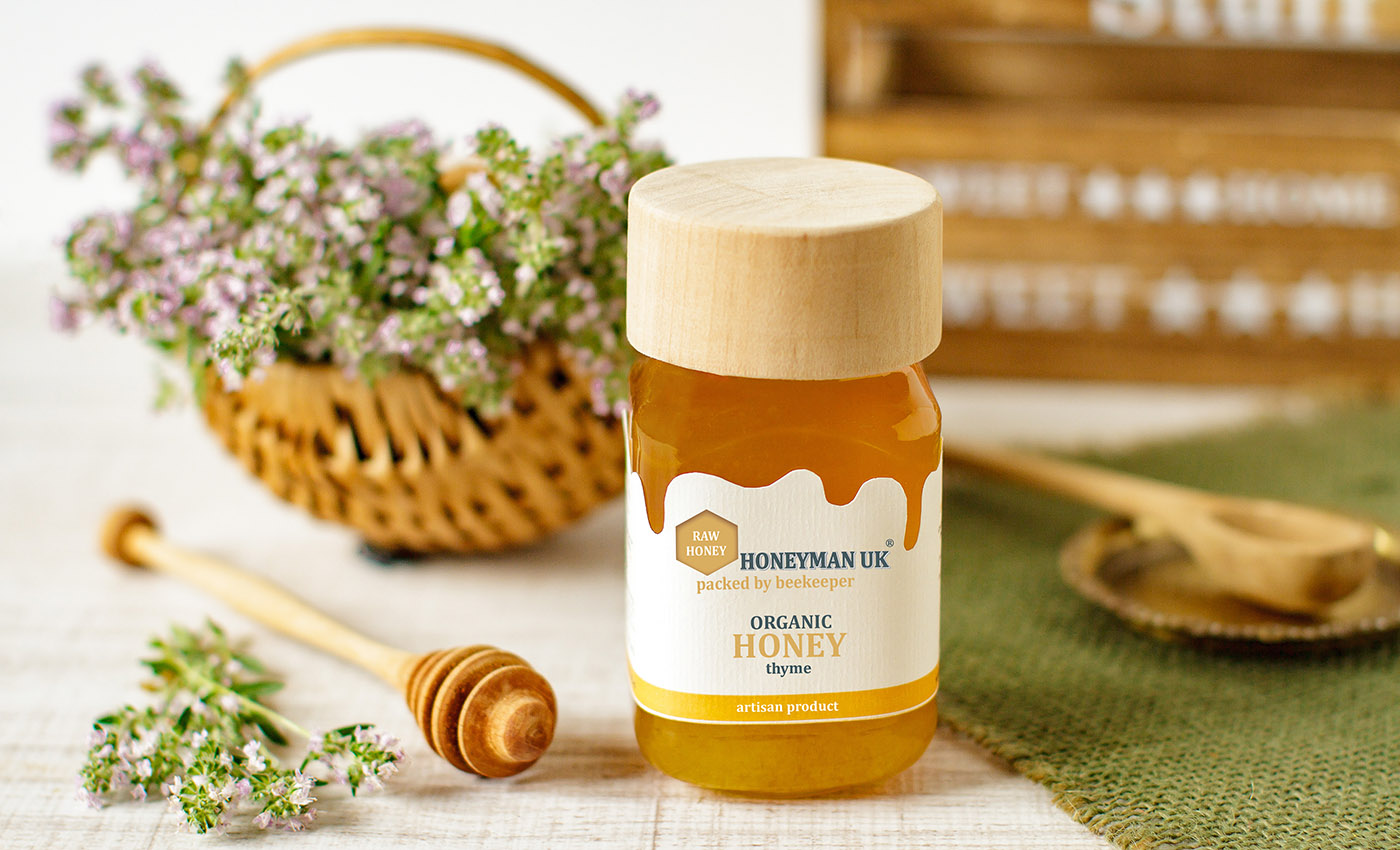 Thyme has its origins on the European shores of the Mediterranean Sea. Greek and Roman physicians, considered thyme a plant that enhances courage and energy; they also used thyme in gastronomy and as a room fragrance. In the Middle Ages, the plant was used as an excellent medicine rather than a spice, often being found in monastic settlements.

Thyme Honey has an intense flavour with grassy sage notes. It is delicious and has a persistent taste. It is a very clear honey, with an amber colour in liquid form and brown when it crystallizes.